The classic baked potatoes with a golden crust

Traditional recipe suitable for small to medium-sized tubers. Large potatoes may not bake properly inside.

Wash and peel the tubers, then blot them with a paper towel.

Mix the oil and salt in a bowl.

Dip each potato in salted oil on all sides.

Line a baking tray with baking paper and place the tubers on the tray so that they do not touch.

Bake in a preheated 180°C oven for 30-35 minutes until the potatoes pierce easily with a knife.

If you add no oil, there will be no golden crust. One can do without baking paper, but then the cooking oil will stink, emitting a peculiar smell.

Baked in the oven potatoes can be a simple everyday dish, or a festive snack. It all depends on the ingredients that accompany the vegetable.

Potatoes can be cooked with chicken, pork, beef or minced meat, or you can add vegetables or mushrooms to it. Or you can get fancy and decorate it with bacon and cheese.

To make the potatoes soft, they add butter, make a sauce based on vegetable oil with spices and garlic, use finely chopped lard.

Sour cream can soften the dish, but if it is too greasy it can be diluted with water.

Baked potatoes in the oven with cheese

Potatoes are great with a mild, creamy flavor, which is why butter is so often added to them. But do not forget about the cheese, which also has this flavor. Potatoes baked with cheese or under cheese crust is simply amazing by taste.

There are several ways to prepare such a dish, I will tell you about how to make a cheese filling for baked potatoes. Such a hot dish can become not only a very tasty side dish, but also an independent dish. And on the festive table large portioned potatoes will look very appetizing.

Wash the young potatoes cleanly with a brush, wipe them with paper towels and place them on a baking tray or a baking dish lined with parchment paper.

Poke holes in several places with a fork or toothpick. Season lightly with salt and brush with vegetable oil.

Preheat the oven to 180 degrees and send the potatoes there for 30-35 minutes until soft. The potatoes should be completely soft.

Cut baked potatoes in half lengthwise and take out the pulp from the middle with a spoon. Leave the walls slightly thick. Put the middles in a handy bowl.

In a bowl add butter, dried garlic, thyme, salt, pepper to the potatoes. Then grate cheese and add two thirds of it to the potatoes, leaving one third. Finely chop the spring onions and add them to the rest of the stuffing. Stir thoroughly and place in the remaining potato boats.

See also  On what day the bake of Easter cakes

Sprinkle grated cheese on top of the filling on each potato and bake in the oven for 10 minutes until the cheese browns.

Another recipe we would like to share with you. This time I’ll tell you and show you how to make delicious slices of potatoes, better than McDonald’s. It is easy and simple to prepare and turns out incredibly delicious, ruddy and fragrant, crispy on top, but soft and tender inside. Such potatoes can be served both on an ordinary day, and on a holiday.

The recipe is simple, but with a little technological secret, which is all.

So, our job is to make sure that our delicious country potatoes are not dry, but crispy on the outside and tender on the inside. We also want the salt and spices to be evenly distributed, not dripping from the raw potato slices.

And the secret is that before baking in the oven, slice slices should be put on boiling water and boiled for a couple of minutes. Then the starch on the surface will scald, the potatoes will become sticky and will hold the spices and marinade oil well on their sides, and then become the basis of a crispy crust.

It is not allowed to boil for a long time. the slices will begin to break, so it is important to scald them not more than 3-4 minutes, and then bake in the oven at a high temperature.

This point is also important high temperature “seals” the pores of the potatoes, creating a ruddy crust and then the slices will not become dry, but will be fully cooked inside.

So, we need to cut the raw and peeled tubers into medium sized slices. Choose the same size tubers, so that they are a little larger than average. then the slices are long and beautiful.

Put them in a bowl and squeeze in the garlic and spices. I have salt, ground coriander, paprika and black pepper. A word of caution: add salt with care.к. We’ll also use salty soy sauce!

If you want to cook fries like in McDonald’s, you need to choose the right spices. Required: turmeric, dried garlic (you can fresh, but the flavor will be coarser), sweet paprika, dry mustard (can be cooked). Optionally you can add: ground coriander, black pepper, thyme and marjoram, as well as dry fennel.

If it is difficult to choose spices, you can simply add a ready mix of spices for potatoes, but then add paprika, turmeric, garlic and mustard.

And mix well either with a spoon or just with your hands.

Then grease the tray with sunflower oil and lay the prepared potatoes in a single layer.

Now bake the potatoes in an oven preheated to 180°C for about 30-40 minutes until they are nice and crispy. In terms of time, be guided by your oven, as they are all different and bake differently.

Baked potatoes in the oven with cheese and sour cream

Such a hot dish will be a great alternative to the usual mashed potatoes or roast potatoes. Potato slices are sprinkled with seasoning and topped with a cap of sour cream and cheese. cheesy and easy.

Cut the tubers into thin slices and put them in a bowl. Sprinkle seasoning, salt to taste, stir.

Grease the form, in which the potatoes will be baked, and place it on the bottom of the form. Bake for about 60 minutes at 180-200 degrees.

Take the form from the oven, spread the sour cream on top and spread over the entire surface, cover with grated cheese, put it in the oven again for about 20 minutes.

Divide the ready potatoes into portions. Serve hot as a separate dish or as a side dish.

Baked potatoes in the oven with peel

Tubers cooked this way are allowed to eat those who follow a therapeutic diet. They are not too heavy for the body, do not overload the stomach and are perfectly digestible. The skinned potatoes are easy to prepare. They make a hearty and healthy side dish or can be added to salads, such as vinaigrette or Olivier. The tubers don’t fall apart, as starchy varieties do when boiled; on the contrary, they keep their shape and are easy to cut. They also retain all their nutrients, some of which are boiled away. If desired, the potatoes can be baked on their own or smeared with spices or sauces. 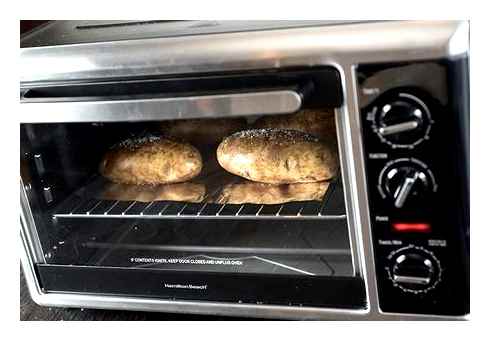 Potatoes in the oven with meat and prunes

Do you want to try a real roast?? You’re at the right place! In this video recipe Pot roast potatoes in the oven with meat and prunes, baked in pots! Potatoes with meat in pots turns out very tasty, fragrant, tender. This dish is great for a simple meal, and it’s even good for the festive table! Home-style pot roast that tastes like out of the oven!

How to cook potatoes in pots see in this video and repeat! Watch this dish in its entirety so you don’t miss any important points and secrets of cooking this delicious dish!

We put in the oven at 210 degrees for about 50-60 minutes, or you need to trace the boiling point and watch for 25 minutes.

Potatoes in the oven

French bake potatoes in the oven and spoil your loved ones with a wonderful hot dish that’s on the.

See also  How to set the time in the Gorenier oven

Ekaterina Gurova, Gastronom website coordinator.The recipe for a casserole made with young potatoes.

Everyone likes baked potatoes. Have the kids wash the potatoes and then rub oil and salt on them

Bake fish and chips in the oven with aromatic herbs and your home will be filled with aromas.

Lenten potato casserole is the case when from the simplest, most accessible products.

This dish can be cooked on a grill or in the oven!

Potatoes baked in flour. An unusual variant of baked young potatoes. We recommend.

Despite their seeming simplicity, crumbled potatoes baked in the oven are the perfect side dish for.

What can be made with the first wild mushrooms? The simplest and tastiest thing you can make. it’s.

Let’s remember that potatoes can be not only boiled or fried. Big tubers are perfect for the potatoes.

One of the favorite side dishes in Russian families is potato: fried, boiled, baked, mashed and.

If you’re having a holiday brunch, garnish the poached egg with a spoonful of red or pike roe.

Potato casserole with cheese. a kind of Belarusian babka variation. There’s no meat in it.

It’s so simple and so delicious. Anyone can make them and the result is always wonderful

Baked potatoes. Not just a side dish but quite a self-sufficient second course. But any poultry.

Big potatoes are perfect for stuffing. And if stuffed.

Serve with cucumber salad with lemon and olive oil.

Traditionally potatoes with milk or, more often, cream are baked by the French. But this variation is in the Asian.

Slices of sauerkraut with cold or hot potatoes go well with.

To such potatoes you can make a salad of Peking cabbage with apples or pears nashi, dressing.

Such baked potatoes may well be a meal in their own right. or a hearty side dish to any.

Such potatoes can be very different in taste if you add different kinds of greens to the oil.

Baking potatoes peeled in a village way, you get not only a very tasty, but also a healthy dish.

Potatoes with sour cream. the perfect combination. Especially if the sour cream is presented in three.

This recipe uses a very interesting technique. The taste of the potatoes becomes very bright thanks to.

Even if you make several kinds of kebab, baked potatoes will not be left out.

If you at least once baked potatoes with bacon and garlic in foil according to our recipe, then, beyond.

The way we usually cook potatoes? Well boiled, fried, mashed, or in a particularly paradoxical way.

In Ukrainian cuisine, there are many dishes made of potatoes, which can immediately be both an appetizer and a hot

Chicken and potatoes. a taste familiar to everyone since childhood. However, in this variant it is quite strong. 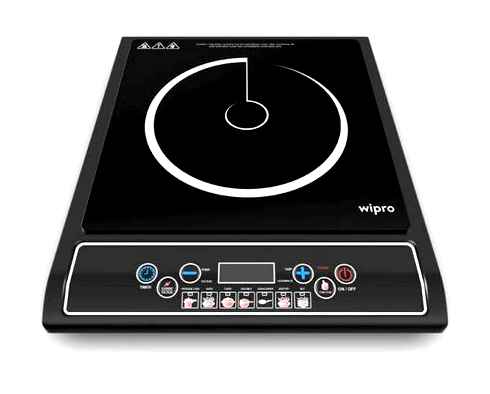 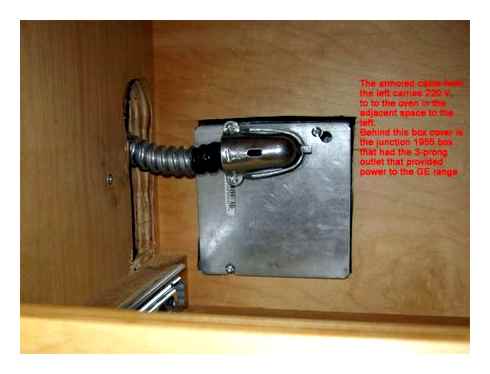