Get rid of a musty smell in a washing machine

Almost every housewife has a washing machine, sooner or later, this is what: she takes out the underwear from the machine, but instead of freshness she feels the smell. Therefore, the theme of our article today. How to get rid of an unfriendly smell in a washing machine. But, before getting rid of it, it will be necessary to figure out why it will form. Otherwise. It will be impossible to remove it.

How to clean an elastic band in a washing machine automaton

Not all housewives remember that you need to wipe the rubber cuff after each wash. Otherwise, mold, fungus and the corresponding smell may appear in the drum. And all this can fall into the fibers of the laundry.

If the stains from water and mold still appear, they need to be removed with the help of chlorine.Containing means. It can be “white”, “pre.Mestos” or “toilet duckling”. And a solution of copper sulfate, varnish fluid, vinegar or any antiseptic is also suitable.

The rubber seal should be cleaned from all sides, wherever you can get. Pay special attention to the grooves of the cuffs. If the pollution is strong, pour the product into an elastic band and leave for a while. Then remove it and wipe it dry.

We clean the washing machine

If the smell of damp comes from the car, but outwardly the fungus is not visible, this is not a reason to think that it is not there. Colonies can hide under a rubber rim or in other secret places (in the hose, drain). You can get rid of smell and mold in an automatic washing machine at home by different methods. A very simple and fast, but at the same time a very effective way to save it from stench, fungus and dirt. To use an improvised tool containing acid: it is very afraid of mold. For example, you can take citric acid or vinegar.

In a clean and dry tray for powder, it is necessary to add a glass of citric acid and start the longest washing mode at maximum temperature without loading underwear. After that, it will be necessary to wipe the inside of the drum.

This is more concentrated acid, so it will need less: half a glass. The washing is included in the same mode. Only vinegar is not poured immediately, but after the machine salt the first portion of water.

In addition to acids, the fungus is afraid of high temperature and dryness. Drive the acidic cleaning at the hottest mode, save the household device from dampness, thoroughly wiping, leaving the door open and ensuring the ventilation of the room. The victory will be unconditional. 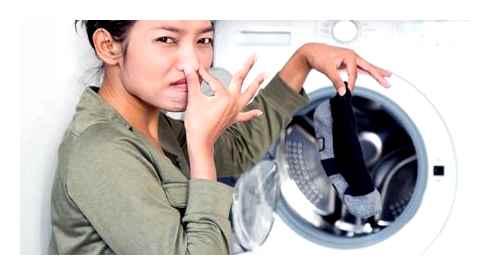 Other means that can eliminate the pressing problem. Soda, tablets for a dishwasher, chlorine.Containing bleach.

This tool is suitable for the destruction of local areas with a fungus, when it is a little more. Soda helps to remove mold from accessible places: drum, tank for detergents, elastic bands, door seals.

For processing, several tablespoons of soda with water are mixed until the gruel is obtained, which treats the fungal foci with the help of the brush. Soda should act for about half an hour. After that, they also launch the washing “idle”, setting the maximum time and temperature. For greater efficiency, a couple of spoons of powder can be poured into the tray.

The peculiarity of this method is that tablets (6 pieces) are not placed in the tank for powder, but directly into the drum. Then launch the washing, as sets out above. Approximately in the middle of the cycle, you need to pause the program (or turn off the car if it does not have such a function) and withstand at least 3 hours. During this time, boiling water and active substances tablets should remove the smell and mold. After that, the washing is brought to the end.

This method of eliminating the smell and fungus is good for very running cases, but it is not suitable for all cars. The instructions must indicate that the use of chlorine is permissible. 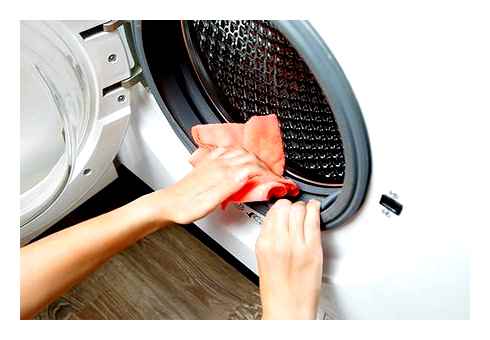 The principle is the same: long washing at high temperature without linen. A liter of a chlorine.Containing bleach and launch the washing should be poured into the powder tank. In the same way, in the middle of the process, the car is stopped for at least an hour and a half, after which it is launched again.

At the end of the cycle, 2 cups of 9%vinegar are poured into the tank and launched a rinse mode.

After such processing, the machine should stand open at least a couple of days so that the vapors of chlorine and vinegar are eliminated.

Do not try to reduce the process time and strengthen its effectiveness, pouring chlorine and vinegar into the tray at the same time. This is a very “explosive” mixture that can harm the details and mechanisms of the device.

During home cleaning, follow the sounds that the washing machine makes. If large pieces of plaque and scraps get into the drain, they need to be removed immediately, otherwise your assistant breakdown is possible. Noise unusual for her, whistle, rattle, buzzing. An occasion to immediately pause and check the presence of pieces of deposits in the drum and drain.

All about cleaning the washing machine

In the process of washing, particles of dirt from clothing and linen dissolve in a washing solution. Unfortunately, at the end of the cycle, when the machine drains water, not all of them are removed with the liquid. Part settles on internal elements, edges of the drum, elastic band. The latter with poor drying can be covered with black mold spots. Ten and some other elements over time are covered with plaque from mineral salts dissolved in water.

All these are inevitable processes that, under certain conditions, can accelerate.

In what cases the machine is polluted faster

All this negatively affects the condition of the washing machine. If the external contaminants in the form of the air conditioning drones or traces of the powder are easy to wash, then with the details located inside the body will have to be more difficult. Let’s talk about the most effective methods of cleaning the washing machine from dirt and smell.

Where an unpleasant smell comes from in cm?

For an effective fight against unpleasant odors and microorganisms, it is important to understand the reason for their appearance. Let’s start with the most common errors in the operation of equipment:

What else affects the internal microclimate SM and the aroma of your linen:

Aromatic fragrances will help to remove smells for a short time. But if you do not eliminate the cause of the stench, it will spread to things, will sooner or later scratch in the room.

To clean the automatic machine from dirt and smell, you will need a minimum of time, effort and means. In addition, these methods are tested by time.

The easiest way to clean is to turn on the washing idle at high temperatures (at least 90 ° C) in the mode that provides for a three.Hour procedure. Such processing will help to kill all the microorganisms that settled inside.

Vinegar easily corrodes lime scale, which accumulates on an electric heater, as well as a raid inside a drain hose. At the same time, despite aggressiveness, acid does not affect the further operation of the washing machine. It also neutralizes strong smells and disinfects.

Attention! Vinegar should be used as carefully as possible when cleaning rubber and silicone parts. And no more than once every four months.

How to clean the washing machine with vinegar:

To clean the washing machine from the smell and raid will help citric acid. In addition, it contributes to a more quiet work of the technique. But it should also not be used too often.

You will need 3-4 t. L. Lemonki. If this allows the instructions for the washing machine, add a little chlorine.Containing substance (for example, whiteness). Pour the “lemon” into the tray and run at high temperatures the wash without linen for 2-3 hours. Select such a mode so that there is no spin process. It is better to replace it with rinse.

Advice! Be vigilant: if you hear that a piece of scale has broken off, immediately stop the process and prevent it from penetrating the drain hole. This can provoke a breakdown.

Soda is used more in order to prevent the formation of a raid, scale and fungus. There are several ways to get rid of the unpleasant odor as efficiently as possible:

How to remove the smell of gasoline from the washing machine

How to remove the smell from the washing machine, if it was washed clothes stained with gasoline, and now the caustic “aroma” settled in the drum?

It should be noted that ventilation in this case is ineffective, since the fuel has an oily structure. In the process of working the machine, what was washed away from clothes settles on various parts of the unit, and under the influence of heating sticks to the working surface. And if the washed costume can be taken out into the air, and the problem will disappear, it will not work with the machine.

What to do if a bad “chemical” smell deprived of the opportunity to use an “assistant”? You will have to not only remove the remnants of gasoline from the inside, but also neutralize the impudent “aroma”. This will need to be done the following:

If the amount of gasoline that fell on the details was insignificant, after the first cleaning the characteristic smell will disappear. With strong contamination, an operation with three idle washing must be repeated the next day.

To avoid such situations in the future, adhere to the rules of operation of the equipment and carry out preventive work so that scale, mold and fungus do not appear.

How to clean the washing machine from the smell

Before you get rid of the smell from the washing machine, you need to inspect and clean the places where bacteria can settle. These are the most inaccessible sections of technology, all kinds of cracks or folds.

The problem is solved by high.Quality cleaning of all contaminated places. You can do this yourself, without an invitation of a specialist.

How to Clean a Smelly Washing Machine Naturally

This is perhaps the most effective method. Here is a simple algorithm for conducting this procedure.

Almost every modern model is equipped with an independent cleaning mode. It is assumed that when it is activated, the machine rinses all the inner surfaces with hot water. If such a mode is not provided, it can be replaced by launching a machine without linen on the washing cycle at the highest temperature. This is a fairly effective method how to eliminate the smell in the washing machine, but in advanced cases it may not work. To enhance the effect, use various additives. We offer several proven recipes.

An important point. Before starting the automatic machine, it is advisable to disconnect the squeeze out if it is possible. So the remains of the active substance are washed better. 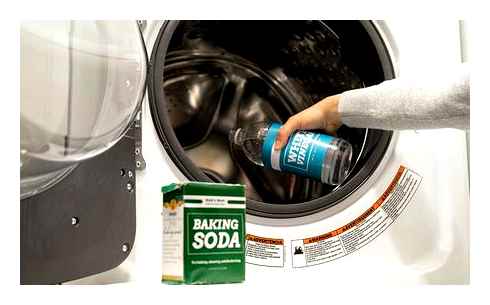 You can use special drugs. These are chemicals that eliminate soap and lime deposits, other pollution. In addition, they have an antibacterial effect, that is, they destroy the fungus, mold, pathogenic bacteria. These are drut-dramatic drugs. Beckmann, Tiret, Topperr and others. They are available in the form of powder or liquid. You need to use strictly according to the instructions on the packaging.